Meradeth Houston and the Sary

Today I have Meradeth Houston here to talk to us about the Sary, which I thought sounded fascinating and wanted to know more about!


Thanks so much for having me here today, Rachel! I love getting to meet new people, and chat more with those I know :).


Today, I thought I’d talk a little about the Sary in my Sary Society books. I figure, it’s kind of fitting, as the next book comes out on May 2nd (I know, it’s a little blatant promo there—I promise I’ll keep the rest to a minimum!). The Sary are kind of like angels, but kind of not. They got their basis from reading several books about winged characters when I was a kid, most notably Many Waters by Madeline L’Engle (I love her!) and being kind of obsessed with the idea of flight. Somewhere along the line, I started creating these characters in my head, and they became the stories I write now. Add and subtract a whole lot of changes in the meantime!


The Sary themselves have their own quirks—like I said, they’re not exactly angels, even if they do have wings J. They are children who don’t survive to their first breath, which they think of as the breath of life, which ties them to their mortal body. Without that, well, they end up in limbo and can chose to come back as a Sary, someone who is asked to help keep troubled souls from suicide. It’s not an easy lot, but the alternative is eternity without any physical form. It can get really rough when one of the mortals they’re assigned to protect rejects their help.


As the author for characters like this, I find myself reading a whole lot of literature on suicide, the signs someone is contemplating it, and the best way to ensure they don’t carry it out. (This is certainly not light reading!) While I don’t get into a lot of the psychological stuff in my books—I’m definitely not a counselor—I do try to layer in the emotions that people go through when they’re so unhappy. And what the people feel who are left behind. I do layer in some more upbeat stuff, but I find myself really hoping to make my readers feel something while they’re reading—that’s when I feel like I’ve done my job J.


So, that’s a little of what goes on with the Sary. What I think I like best about them though is the thought of someone stepping in to help when people need it the most. It doesn’t have to be any angelic being, just someone who realizes someone else needs help and is willing to lend a hand. It can really make all the difference. I love stories about these kinds of events, too, and if you have any to share, I’d love to hear them! 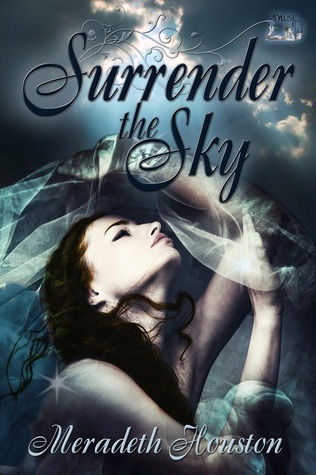 Gabby lives by two unbreakable rules: don’t expose her kind, the Sary, and don’t fall in love—too bad some rules are made to be broken.

When Gabby’s most difficult charge accidentally shoots her in front of a class full of students, the event exposes her carefully hidden identity. She shifts from looking like a normal teen to her secret Sary form, revealing her wings and the existence of her kind—immortals who try to keep people from committing suicide. Her incident attracts the attention of the next leader of the Sary, Jassen, who offers her an impossible bargain: she can keep her wings if she makes amends with those who know the truth. Things get more complicated when a rebel Sary, intent on exposing them to the world, starts interfering with Gabby’s work. And there’s no denying her attraction to Jassen, who is torn between his duties and his heart. With threats at every turn and her immortality on the line, Gabby has to find a way to save the Sary or surrender the sky forever.
Sounds good, right? And here's where you can find Meradeth: