The ever awesome Alex J. Cavanaugh is hosting another super fun blogfest. This time it's all about genre favorites.

Movies: For me I'd have to say Romantic Comedies. I love Dirty Dancing, Pretty Woman, and my all time favorite movie ever, The Princess Bride. I absolutely hate when movies are advertised like comedies and then turn out to be dramas! I don't like sad.

Books: When I was younger my favorite was fantasy. As an adult, I don't know if I have a favorite. I am learning that I love magic realism, though. I loved The Night Circus, and I adore Sarah Addison Allen.

Guilty Pleasure: Picture books. I know I'm not the target audience, (well, I kind of am now that I have kids.) But I have been collecting picture books since way before I had kids. I have zillions. Some favorites: The Girl in the Castle Inside the Museum, The Duchess of Whimsy, and Press Here.

Although a wise woman once said that she didn't have a guilty pleasure because she doesn't feel guilty about what she likes. And I like that. And I don't really feel guilty for loving picture books. It's more like an odd favorite. :)

What do you think? What are some of your favorites?
Posted by Rachel Schieffelbein at 6:26 AM 45 comments:

Check Out This Contest! :)

We know how important that first line is for hooking an agent, editor, and reader. Now show us some great beginnings! We have three fabulous agents giving prizes for three talented winners of our first page contest. So what are the prizes?

So I forgot to post about a person who inspires me yesterday, sorry. But the thing is, I was gone taking senior pictures for a girl who is on my speech team. I have known her since she was in seventh grade and she is one awesome girl.

In fact, I have decided that she is my inspiration this week. :)

As I've mentioned before, we live in a very small town. It's not that easy to be unique here, or anywhere really. This girl is totally fashion forward, trendy and awesome all the time. And it takes guts to be that way in a town where half the girls where jeans every day, and the other half wear pajama pants. (Yes, to school. No, I'm not kidding.)

She stands out. In a good way. In an awesome way. For as long as I've known her she has always been 100% herself. (She is also super hilarious and I can't wait to work with her again when speech starts!) 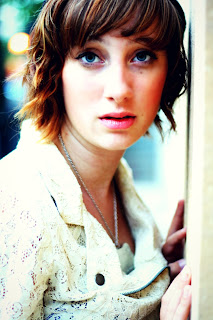 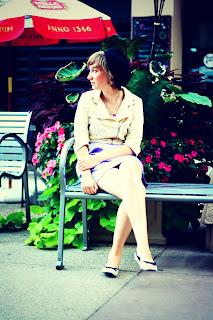 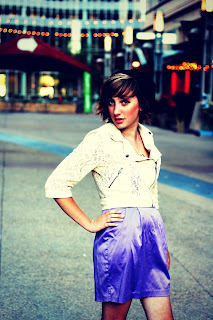 Posted by Rachel Schieffelbein at 10:16 AM 19 comments:

First of all, I would like to thank everyone who stopped by for the GUTGAA meet and greet! I am still making my way through everyone's posts. It's been great meeting new writers!

Now for this month's Insecure Writer's Support Group. I want to talk a bit about jealousy. I've seen a lot of other posts out there on the subject and, well, here's mine. :)

I've had a lot of writer buddies get agents, or publishing contracts in the last month. And I can honestly say I have not been bitten by the green-eyed monster! I am so completely happy for these people! And I think there are three reasons why I have (so far) been safe from the green-eyed monster.

First, these are all amazingly talented writers. Most of them are blogging friends, and one is an actual real life, in person friend I met at a writer's conference almost three years ago. They are all writers whom I admire, and from whom I have learned a lot!

The second reason is that seeing their success gives me hope. It really does happen! For real people! Real people who work hard, learn all they can and keep on trying. It makes me feel like somewhere down the road, if I work hard and don't give up, it can happen for me, too.

The third reason is that I can see my progress. As I said, one of these newly agented writers is someone I met at a conference three years ago. At that time I knew almost nothing. I had written and queried a few picture books, (they weren't good) and I had an idea for a YA zombie story, but didn't think I had it in me to write something like that.

The woman I met was in the process of querying a YA contemporary romance. (She let me read the beginning of it after the conference and it was awesome! I loved her sense of humor!) She had, at that time, gotten some partial and full requests, but that was it. I remember being impressed. Surely she would be picked up soon.

She ended up trunking that novel and writing another. Now, three years later, she has an agent! I literally yelled, "Yay!" when I found out. :)

Okay, I said something about seeing my progress. See, three years later, I have learned so much more about writing! I have written two middle grade novels and one YA (zombie) novella, (turns out I could do it!) And now I have had several requests for partials and fulls. (Some have turned into nos and some are still out there.)

It's a process. A long process for many people. I'm okay with that. If I was still getting form rejections, not making any progress, I'd probably be ready to give up by now. But I'm doing what I can to learn, improve, and keep moving forward.

And that's why I am able to be 100% thrilled for those who I see doing well. I know they worked hard to get there, and they deserve it! And I have hope that in the years ahead, I will be able to join them. :)

Posted by Rachel Schieffelbein at 7:50 AM 24 comments:

I have joined GUTGAA and I'm very excited about it! Deana Barnhart has put this together and it sounds amazing, so big BIG thanks to Deana!

I pulled the questions off of her blog for the meet and greet. I'm looking forward to 'meeting' other new writers as well.


-Where do you write?
I don't really have a 'writing space.' I have a laptop and I write all over my house, wherever I can find a few moments of quite.

-Quick. Go to your writing space, sit down and look to your left. What is the first thing you see?
To the left of where I'm writing right now is my daughter, Maggie.

-Favorite time to write?
After the kids go to bed.


-Drink of choice while writing?
Tea.

-When writing , do you listen to music or do you need complete silence?
I can't listen to music. The lyrics would throw me off. Trying to write words and listen to words at the same time just doesn't work for me.


-What was your inspiration for your latest manuscript and where did you find it?
Honestly, a random idea just sort of popped into my head and I've been trying to fill it out since. I wish I had a better story, but that's it! :)

-What's your most valuable writing tip?
To just freakin' do it! First drafts are hard enough, they are harder if you expect everything to be perfect. Just get the words out and fix it up later. That's what revisions are for.

I am looking forward to reading other people's meet and greet posts, but today is our last day of summer vacation, so we are going to be off doing something fun! (I don't quite know what yet, but something.) So I will be visiting blogs this evening. I'll see you then! :)
Posted by Rachel Schieffelbein at 6:24 AM 49 comments: