Today is the day! The official cover reveal for (Never)Again, by Theresa Paolo, to be published by (Berkley) Penguin on October 15th, 2013. The cover is seriously gorgeous, people. Plus, the book is awesome! I loved it and can't wait to read more from Theresa Paolo.


Just when she had finally moved on…
…He moved back.

When college freshman Liz Wagner hears her ex's voice for the first time since he moved clear across the freaking country, she does what any respectable girl would do: Dive into the girls' bathroom.

Zach Roberts—the Zach Roberts—is back. And he’s everywhere Liz looks—infiltrating her friend group, buddy-buddy with her brother. It’s enough to ruin college altogether. But what choice does she have but to put on a happy face and pretend he didn't leave her vulnerable and alone in a pile of emotional wreckage?

Pretending works, until tragedy strikes and the only person available for comfort is the one person she wants to stay away from. When Zach turns out not to be the jerk she convinced herself he was, but the boy she used to love, Liz needs to decide whether to open her heart again to the boy who tore it out. 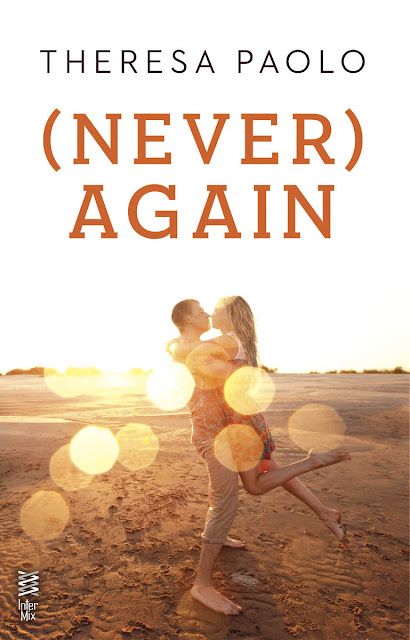 Doesn't that sound good?! And I love the cover. :) It's available for preorder on Barnes and Noble and Amazon. And don't forget to add it to your TBR list on Goodreads! 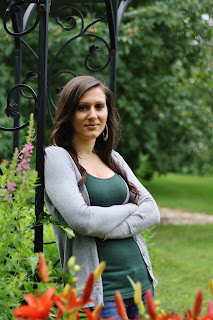 Theresa Paolo lives in the same town she grew up in on Long Island, NY with her boyfriend and Milton, their big eyed goldfish. She has a hard time accepting the fact she’s nearing thirty which is why she writes New Adult and Young Adult books, reliving the best and worst years of her life through her characters. She put her love of writing on hold while she received her Bachelor’s Degree in Marketing from Dowling College. On November 11th 2011 at 11:11 she made a wish. Two hours later she was laid off. Jobless for the first time since she was sixteen she was determined to make her wish come true. Writing became her life again and after many nights of ignoring her boyfriend to spend time with her characters, she finally received the call that all her hard work, finger crossing and eye crossing paid off. She signed with Berkley (Penguin) and her debut novel, (NEVER) AGAIN, a NA romance, will be out in Fall 2013.  When she’s not writing, she’s behind a camera or can be found in the blogosphere or on Twitter, Pinterest and Facebook.
And hey, I am doing a reading at my local library tomorrow! Wish me good luck, or (better yet)
give me some advice! Thanks!

Posted by Rachel Schieffelbein at 5:00 AM