I don't have anything overly relevant to share today, but I feel like I haven't been around much lately. Life's been busy, good busy, but busy. :) (Yesterday was my nine year anniversary.)

So today I thought I'd share a couple fun stories about my two oldest kids. One of them even has to do with writing. :)

(not this one) Two days ago when my six-year-old son came home from school my husband noticed his pants didn't quite look right. He asked him to lift his shirt so he could see and, sure enough, they were on backwards. Before my husband could say anything my son, Johnny, said, "I know, Dad, I'm not switching them back."
Luke asked, "How long have they been like that?"
"Since this morning."
"Didn't anyone notice?"
"Everyone noticed. I don't want to switch them. I like them like this." He then proceed to explain that with the back pockets in front he had more room to put his stuff. You see, wearing your pants backward is really so much better.
This is so Johnny. He knows everything. I have no doubt that putting his pants on backward was not intentional but when it was pointed out, rather than be embarrassed, he decided 'he meant to do that.'


My next story is about Elizabeth, who is eight. A few weeks ago we had a couple snow days in a row and I pulled out three little white books for my oldest kids to draw and write in. Elizabeth was very excited to write a story. She thought and thought, started up a rough draft in another notebook, then asked me a question.
"Mom, is it still a story if it doesn't have a problem?"
I didn't know how to answer. For one, I wanted her to write whatever she wanted. Also, technically yes, it's still a story, just a boring one. But I thought it was such a good question, I wanted to give her a good answer.
Anyone who has ever written a picture book knows this is one beginner mistake that we are always warned against. Happy little animals having a happy little day is sweet, but not a story.
So she and I brainstormed and came up with a solution to her 'no-problem' problem.
I was very proud. :)


Oh, and I just wanted to share this cute picture, too. :) 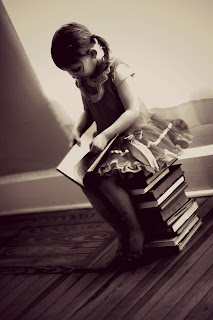 Posted by Rachel Schieffelbein at 5:14 AM