I say sort of because if you follow me on Facebook you'll have most likely already heard my news, but I realized recently that I haven't shared it on here yet. :)

My first full length novel, DON'T FALL, has been picked up by Swoon Romance and will be published this spring/early summer. (No official release date yet.)

In which a teenage girl endures the over-protective love of her adoptive mother until she falls for a boy who has her wanting to spread her wings, pitched as a contemporary retelling of RAPUNZEL. 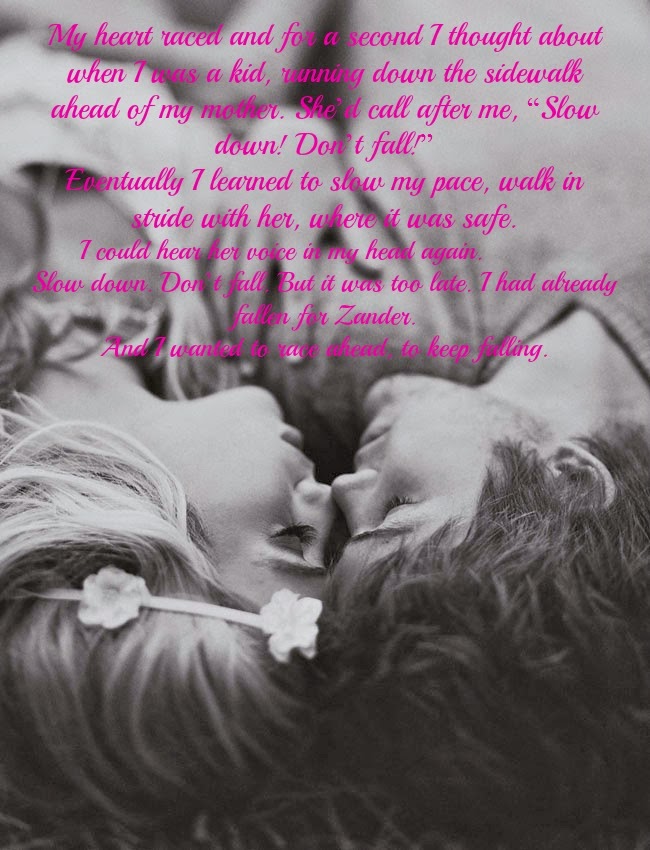 I'm excited, and also a bit nervous. But I think for now I'll try to focus on the excited part. :)

I also made a decision about a short story I wrote a few years ago. Dimples and Roses was the first story I ever sold, it was part of an anthology called Foreign Affairs, but it's already out of print. The rights came back to me and I started playing around with it. I love the characters, in fact the MC is one of my favorite females to write. It was great to be able to expand on their story, and improve on all of it. I've learned a lot since I first wrote it.

So I've decided to self publish it with a new title, OVER THE OCEAN, under my pen name, Georgia St. Mane. I used the pen name for the short story because it was adult, and everything else I was working on at the time was either YA or MG. One of the things I've learned since first writing it is that the story is actually New Adult. :) (A term I'd never heard when I wrote it.)

My plan is to release it this March, but seeing as self-publishing is brand new to me I realize that may not happen. But I'll keep you updated. :)

So, how about you? What's new in your world? I'm hoping to be around the blogosphere more this year, I've missed it. Missed everyone. So if you have news, I want to know!
Posted by Rachel Schieffelbein at 6:31 AM