Dust it Off Bloghop: What I Learned

Elizabeth and the Fairies was the first novel I ever wrote. Before that I wrote some (really bad) picture books. I learned a lot from writing it. Not the least of which was to always have your work backed up! (I am so computer stupid, my kind brother bought me a flash drive and taught me how to use it.)

But I learned a lot about writing, too. The biggest thing I learned from writing this story was about developing characters. I love my main two fairies in this novel. However, Elizabeth, my MC, is totally boring.

I think part of why this happened is because I felt I had more freedom with the fairies. They aren't real, so I could make them however I wanted. Ten-year-old girls are real, and I wanted Elizabeth to be realistic. Because of this I ended up asking myself "how would a ten-year-old girl react to this?" It was, of course, the wrong question.

I should have been asking, "how would this ten-year-old girl react? What would Elizabeth do, think, etc?" 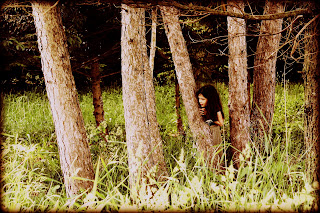 When I wrote Elizabeth and the Fairies, I didn't know what the problem with it was exactly, or how to fix it. Thankfully, I was able to recognize that there was a problem, even if I didn't know what it was. So I never sent it out anywhere.

I've learned a lot in the last few years. I've been to conferences, read books on writing, read blogs written by people who know a lot more than I do. :)

I still like the story, and some day I hope to go back and find a way to fix it. Heck, if I wait another three years my own Elizabeth will be a ten-year-old girl and I could base it on her. ;) She has loads of personality!

So, thank you again Theresa and Cortney! This was a great blog hop!﻿
Posted by Rachel Schieffelbein at 5:40 AM